Why Do Preschoolers Lie? 10 Reasons (With Tips) 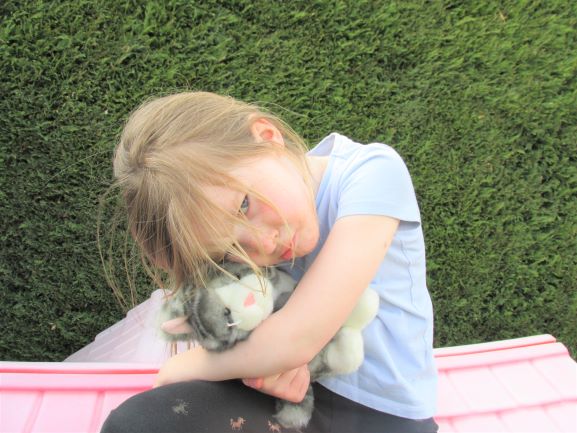 You have probably noticed that some pre-schoolers are not averse to telling the odd lie now and then. Some seem to come out with outrageous fantasies, whilst others are just a bit reserved with the facts, or bend the truth slightly. But why does all this happen? Why do some pre-schoolers lie?

Preschoolers lie for many different reasons. They do not share the same concrete version of reality as adults, and so sometimes merge fantasy and truth. They are extremely influenced by their surroundings, so some may unfortunately learn to lie from others.

This is not to say pre-schoolers are all liars and scoundrels. Of course this is not the case!

But there are some children that will bend the truth more than others. This does not mean they are bad, or naughty, or will turn into adult liars when they are older. For many it is just a developmental phase, and if treated in the right way will fade away.

However, it is a good idea to know what the underlying issues may be, so you can help children begin to value the truth in their lives.

Here are the ten number one underlying reasons why pre-schoolers might lie (and then a few top tips on how to stop it.)

1.Their Reality Is Not Concrete

This is probably the number one reason that you will see lying in young children.

As we get older we start to appreciate the concrete nature of the world around us. We understand facts, and how the past works. We know more clearly the difference between what has happened and what might happen.

For children this boundary is not so clear.

Children are optimistic! They want to believe in all sorts of things – fairies and Spiderman for example. They might think they are a superhero, or a princess, and believe this far more strongly than an adult could.

If you are interested in superhero play in particular, then check out this article about some of the best activities for outdoor superhero play.

They bend the past to their will. If they wished they hadn’t done something, they kind of will it away. To adults this looks like lying. To them it is the power of imagination.

As astronauts and space travelers children puzzle over the future; as dinosaurs and princesses they unearth the past; as monsters and gremlins they make sense of the unreal.

Children are continually testing out reality, and seeing what will happen. There has been a lot of research gone into lying amongst children, and this idea of experimenting seems to be one of the core reasons. (Source)

They don’t always know how adults will react, so they give it a go.

‘Did you take that toy off, Olivia?’

They say no to see what will happen.

Children are like adults – they are continually looking for the best outcome. They try out things to see how best to overcome obstacles, and telling untruths is just one of those avenues that they sometimes explore.

Of course the way to stop this is being clear and consistent in your response. If you know they are lying call them out, and make clear that consequences will be harsher if they lie.

3. They Copy Those Around Them

Of course if children see lying modelled by the adults or often older siblings successfully, then this is something they will try out themselves.

This kind of learned behavior is easier to understand. The best way to stop this kind of lying is to cut it off from the source. This is often easier said than done.

If you are a teacher, explaining to parents the impact of this is hard, and you have to be very diplomatic. If it is your own child that is learning lying either from yourself, your partner, or your other children, then that is easier to stop by talking with the people concerned and making them understand the consequences.

4. They Cannot Express The Truth

Sometimes children just can’t quite vocalize what has actually happened. This is especially the case with very young children, or those with speech and language issues.

Lots of children at this age have issues with tenses and talking about what has happened in the past.

Also they might not have the vocabulary to describe what has happened, and it can be very frustrating for them. They may just try the line of attack that ‘it wasn’t me’ because they know how to say that.

Children develop their speech alongside other core skills such as listening and attention and eye contact. If you want to check out 12 of the best games for eye contact, then go here.

Of course, just like adults, children may often lie just to protect themselves. It’s as simple as that.

This is another motivator that is easy to understand, and then you can work towards ways of stopping it. Praise them for telling the truth, and make it clear any consequences are much less severe when this happens.

This is quite a bit more complex, and will take many children years to fully get their heads round.

Basically children do not understand ‘white’ lies. For example, they may witness a parent complimenting someone’s wallpaper, and later laughing about how awful it was to someone else.

Children do not ‘get’ that the white lies are being told as an act of kindness. They just see the lie, see that it is accepted by society, and try similar things out themselves.

This is a tricky area, but the big thing here is to talk through any situations like this if they ever arise.

Lying for some children is a form of role-play.

Reality is like a game, and they are pretending and reconstructing the world. Their wishes and reality become blurred and adults can see this as ‘lying’.

8. They Take On Characters

Sometimes children act just like the characters they look up to.

They might think they are Princess Elsa for example, or like The Hulk. Their actions, either real or imaginary, will have to change also.

If you ask the Hulk if he pushed someone, the answer is likely to be something like ‘Yeah, and I ripped his body in half too.’ The Hulk takes no prisoners.

Same with Elsa. Not only did she take someone’s toy, but she froze her body also.

This is playful fun, and not something to be fearful of. This is the kind of developmental imaginary lying that children are very unlikely to be doing later in life!

Try to be patient, and understanding, and keep explaining the difference between fantasy and telling the truth in reality.

9. They Don’t Want To Get Into Trouble!

Often the most obvious answers to problems are the truest. This is probably the number one reason for lying in adults, and it is equally true for children.

They have done something wrong, they fear the consequences, and they are going to have a go of getting out of them.

Again the way to deal with this is to praise and encourage truth, and explain that consequences are always less if you are honest. Follow through with consequences either way, whether they tell the truth or lie, but be proportional. Lying must be shown to be the far worse option.

Lying can be caused by all sorts of things – fear, envy, distrust, or disliking someone being some of the main reasons.

Young children wear their hearts on their sleeves often more noticeably than adults. In later life we tend to hide our dislike and envy of others using tricks that we pick up as we experience life. Children do no such thing.

Lying to try to damage others psychologically is just something that will happen, and again the best way of dealing with it is praise and reward truth, and have sanctions for lying.

Children learn about emotions in many ways, including through playing fun group games.

Young children lying is not really a terrible problem. It is just something to be aware of, and to start to get to grips with in a positive way wherever possible. By really understanding the causes of the lies, you will be much better able to deal with it.

If you’ve found this post useful, then why not check out one of these:

Did you know you can teach the entire preschool curriculum through exciting ball games that children love?