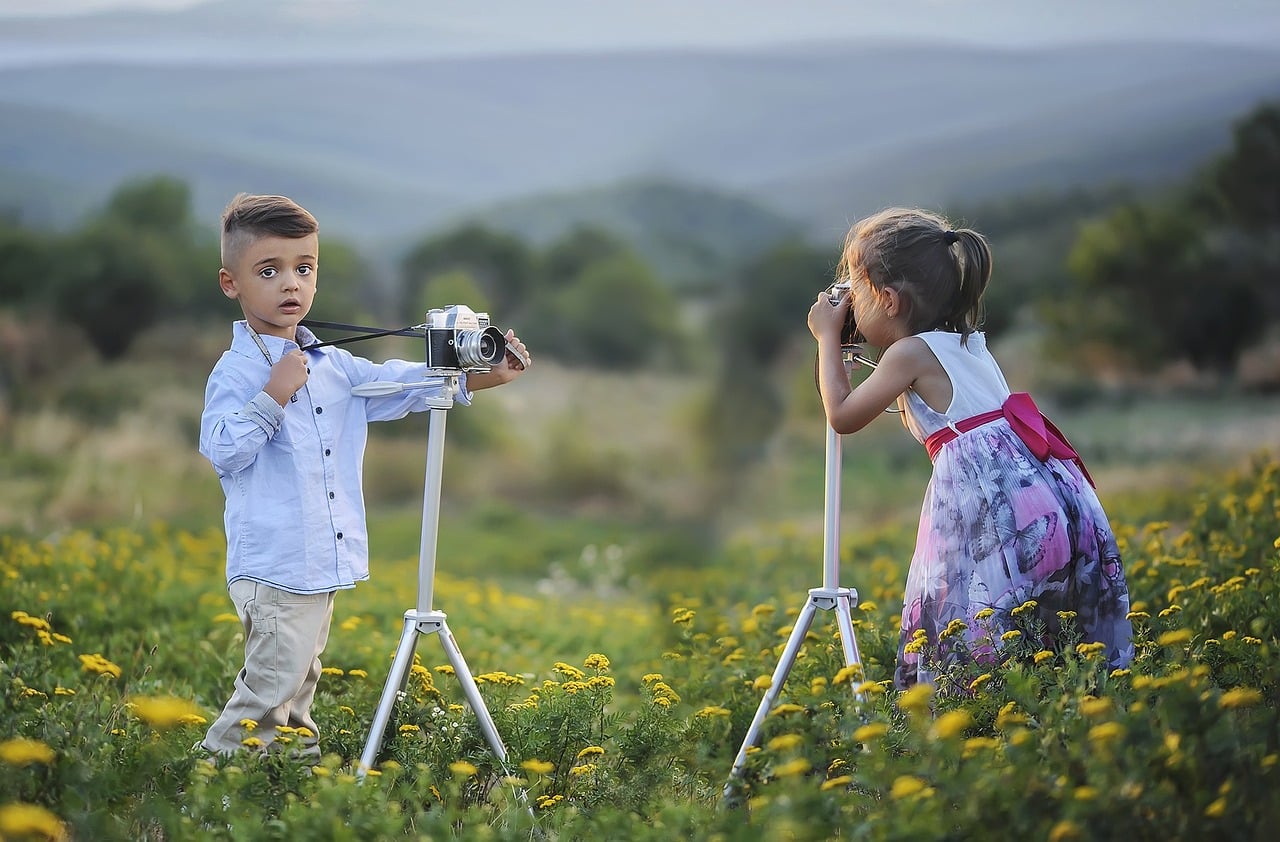 Outdoor learning is more important than ever after the past two years. The pandemic has meant that many children are re-entering our schools with higher levels of sedentary behavior. Childhood obesity is still increasing at an alarming rate across the Western world. Getting outdoors and working together to learn through physical activity is a great antidote to this.

You can teach every skill imaginable outdoors if you use a bit of imagination and creativity, and the best part – the children will have so much more fun.

Be sure to check out our outdoor courses for parents or schools. Outdoors on a Budget will help you set up a great (but low-cost) outdoor activity area. Urban Forest Environments will let you create a natural environment for those without the actual wooded outdoors, trees, etc.!

Many children automatically feel more relaxed outdoors. If a child raises their voice indoors, it bounces off the four walls, and the sound becomes trapped. However, if they raise their voice outdoors, the sound is set free and doesn’t have the same intensity. It’s more relaxing and less stressful.

Team games are important for developing the skills of turn-taking and following instructions. Still, perhaps, more importantly, they help children to cope with disappointment when they don’t win – and for some, that is harder than others, but unless they have the chance to participate, they will never develop those skills.

Try the outstanding games below and start to have fun:

This is a fun game for any age, especially if you have been learning about volcanos recently.

It’s a good game to start with as there are few rules to follow, and it’s great for children who have much pent-up energy and need a way of releasing it.

The rules are easy.

Shout to the group:

The floor is hot

The floor becomes molten rock, and the children need to find a way to get off the ground. They could balance on rocks, climb a tree, perch on a chair – anything you have to hand to provide a sanctuary from standing on the ground.

The floor is cool

Cool as a pool,

A large space is best for this activity as it encourages a lot of running around and uses a lot of energy.

You may need to adjust the number of children who are tagging, depending on how many players you have to start.

This is a great game to develop following simple instructions and listening skills, and it is also a lot of fun.

There are four kinds of beans to remember for this game.

Explain the four movements to the group and then shout the different beans randomly.

The last person to change their movement each time you call it out is out and has to sit down. The winner is the last child playing.

I don’t know where this game originated, but it’s been around for years. The children have so much fun playing with it, and it certainly stood the test of time.

This is lots of fun, and you can adapt the dinosaur to another creature if you want to—for example, a grizzly bear or a monster.

This game is good for any age as it develops many physical and social skills like turn-taking and cooperation.

It doesn’t matter what the movements are. The idea is to have fun and to be able to copy the movements of the person in front of you. When the children have the hang of it, you can choose a child to be the leader. You may prefer to split the children into two smaller lines depending on the numbers in your group. Give each leader a few minutes at the front of the line and then ask them to run to the back of the line, and the person in front becomes the new leader. Praise the children for thinking of unusual movements.

There are many other similar ideas on the website below:

This is a game where you risk losing to another team if you don’t work together, so it encourages cooperation, listening to one another, and working as a team.

Allow plenty of time for the teams to make mistakes, as this is all part of the point of this game. See if they can work it out without your help.

This is another good game for encouraging children to work together as a team. It’s a good game to play with different age groups, too, so that there is a variation in the children’s height.

Ask the children to solve the problem of putting themselves into a line in height order.

See if they can work out the tallest person to the shortest person before their time runs out.

This is another game to encourage cooperation and problem-solving skills. You need two teams for this game. I’d suggest no more than 4 children in each team.

This is a variation on the party game Musical statues, and it encourages quick reactions and thinking skills.

Red – stop still and stand up straight like a soldier

Green – stop and make your arms into the branches of a tree.

Blue – Lie still on the floor

Yellow – stand on one leg

This is great for developing memory and concentration.

You can adapt it by only using two cards to start with, or you can add more colors with different commands. Remember to keep it playful.

For this game, you need two similar-sized teams to compete against one another.

All the games above will provide opportunities for children to keep active, learn and improve skills and work together.

If you enjoyed those and would like some further outdoor games, try the ideas from the website below: