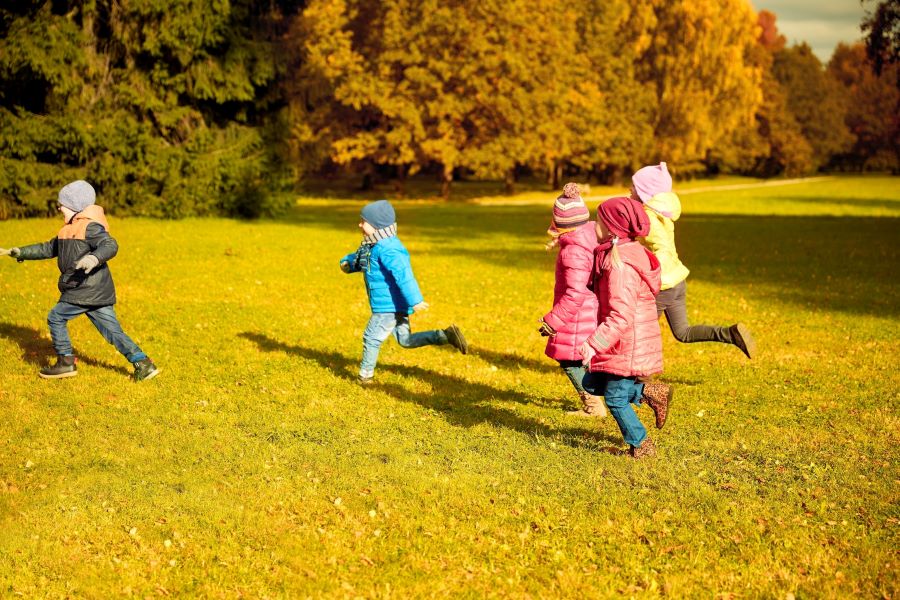 When I was young, Red Rover was one of our favorite games. Now that I’m a teacher, I’ve recently seen some children starting to play it again at lunchtime.

It brought it all back!

Plus it got me thinking about all the variations that you can do of the Red Rover game, as well as the many games that are like Red Rover in their basic rules and skills.

Red Rover is a game with many benefits, including inspiring teamwork, cooperation, and agility. (Source)

And of course…it is fun!

In this article, I’ll talk you through the very best tried and tested Red Rover variations, as well as lots of games that are just like Red Rover in their general make-up.

All of these games like Red Rover have been selected because they include an element of one or more of the following:

OK, let’s dive into the ultimate 11 games like Red Rover…

Just so you definitely know, here is the original Red Rover game (or at least the one that I have always played).

There are two teams. You have to have at least three members of each team, but teams up to about ten work well.

Both teams stand facing each other, with all members of a team holding hands in a line.

They usually stand about ten to twenty yards apart.

‘X’ is the name of a member of the opposing team.

That person has to run at the chain of children, and smash through one of the links (of players holding hands).

If they break the chain, then they get to pick either of the two players that have let go of one another’s hands. They go and join the other player’s team.

If the link does not break when it is run at, then the player running at the chain joins that team.

Then the other team has a go.

The aim is to get all the players over on one team.

If you get down to just one player on a team, then that player must get through the chain to win one other player for their team. If they don’t get through, then the other team has won.

This is a brilliant game that I have only come across when researching for this article.

It looks like it is an ancient game from the UK.

Note – this is quite a rough and tumble game, and you may well consider this too dangerous to be played in an educational setting, such as a school.

It is usually played on grass (although it is possible to play the game on ice, and the players skate!).

For the grass version, one player is at the front of the ‘whip’. All the players hold hands with each other (just like in Red Rover).

The front of the whip will now move and run about in random directions!

Apparently, you get flung around far more towards the back of the whip.

If you get thrown off, you simply try to get back on. Players can move up the whip when thrown off, as long as they get back on before other players!

This is probably my favorite game on this whole list. I suspect this might be a mostly UK-based game.

In British bulldog, you have a square or rectangular playing area.

Players line up along one side of the area. Their role is to try to run to the opposite side without getting tagged.

The players run across! If anyone gets tagged, then they join the playing team in the middle of the area. This team grows as the game goes on, making it harder to get across.

Towards the end, you will have a champion, who is the last person to be tagged.

This is another great game for playing on grass.

Everyone that is playing will link hands with one other partner. They move around in partners about the playing area.

The chaser chases the chased!

The chased will try to escape by linking hands with one of the sets of partners. Whenever they link hands, the partner on the opposite side of the pair will then become the new ‘chased.’

If the ‘chased’ ever gets tagged, then they become the new chaser.

This is a really classic kids game, that involves teamwork, and two teams trying to infiltrate their opponents’ territory (similar to Red Rover).

Have two equal teams, and mark out two opposing territories (for example with cones or coats).

Have some kind of ‘flag’, one per team. This could be a rag, or a real flag, or whatever else.

Each team places this at a point in their territory, and from this moment on they are not allowed to touch it again.

The idea of the game now is for each team to get into their opponents’ territory and steal the flag without getting tagged.

You can only get tagged inside the other team’s territory.

If you get tagged then you have to go back to your own zone and start again.

The aim is to get the flag and bring it back to your zone. The first team to do this wins.

Most teams adopt a half-defense, and half-attack model. Half of the team goes out and tries to steal the other flag, while half the team stays behind and tries to defend theirs.

You need one person to be the ‘leader’ in this game. They are going to give the instructions.

Split all the players into two teams. Half are going to be ‘cats’, and half will be ‘dogs.’

It is good if one or the other can wear something to signify what they are. For example, all the ‘dogs’ wear rubber bands around them.

To start with the dogs chase the cats! If the cats get tagged you have to freeze in one place.

Every minute or so, the ‘leader’ will shout ‘Change!’

When you hear this, the roles will reverse, and the cats will now chase the dogs!

The children find this absolutely hilarious. Keep going like this for a while before changing again, and keep on changing throughout the duration of the game.

Children really enjoy themes, and this would be a great way to adapt the game.

Each side could be a different character.

For example, you could have superheroes versus villains.

Or it could be monkeys versus elephants.

If the players are really interested in a particular theme, then you can utilize that to really boost engagement.

This is a great way of interlinking with others in a fun group game. It is also a non-competitive game, with an emphasis on teamwork and enjoyment.

Mark out some kind of ‘track’. This could be a large circle of cones or just a few coats on the ground.

One player will be the ‘train driver’. Everyone else that is playing is going to wait in a line at one point on the ‘track’. These players are waiting at the ‘station’.

The train driver will set off by themselves around the track, pretending to be the train. They do one revolution of the track, before coming back and then the next person in the waiting line joins them.

This next person is the ‘first carriage’. They hold the train around the waist, and off they both go, moving once around the track together.

The train keeps on returning to the station and picking up one carriage at a time.

This is definitely best played on grass.

There is a very simple idea behind this race. Do a relay race as you would normally, but all players have to run with a partner, holding hands with them all the way.

You could play the version where the line gets longer as you run.

So one person starts running by themselves. They run to a point and back. Then they hold hands with the next runner, and they both run together to the point and back.

Then they pick up the third runner, and so on.

This race gets trickier and trickier the more players are added to the running human chain.

Of course, this is another classic race, that shares the experience of players linking together, and also an element of teamwork.

I’m sure you know how to play this one, but the basic idea is for two players to be joined by a band (or rope) around one leg each.

It is often played as a relay between teams, but it can also be a standalone race.

Let’s finish off with another classic race that involves interacting really closely with a partner.

One player is going to lie on their front on the grass, and then push up with their arms (so they are in a push-up position).

A partner will pick up their legs.

The person who is the ‘wheelbarrow’ will try to walk as quickly forwards as they can, as their legs are held up by the person at the back.

Again, this activity is fun just to do in a leisurely way on a field, or you can do it more formally as a race or relay.