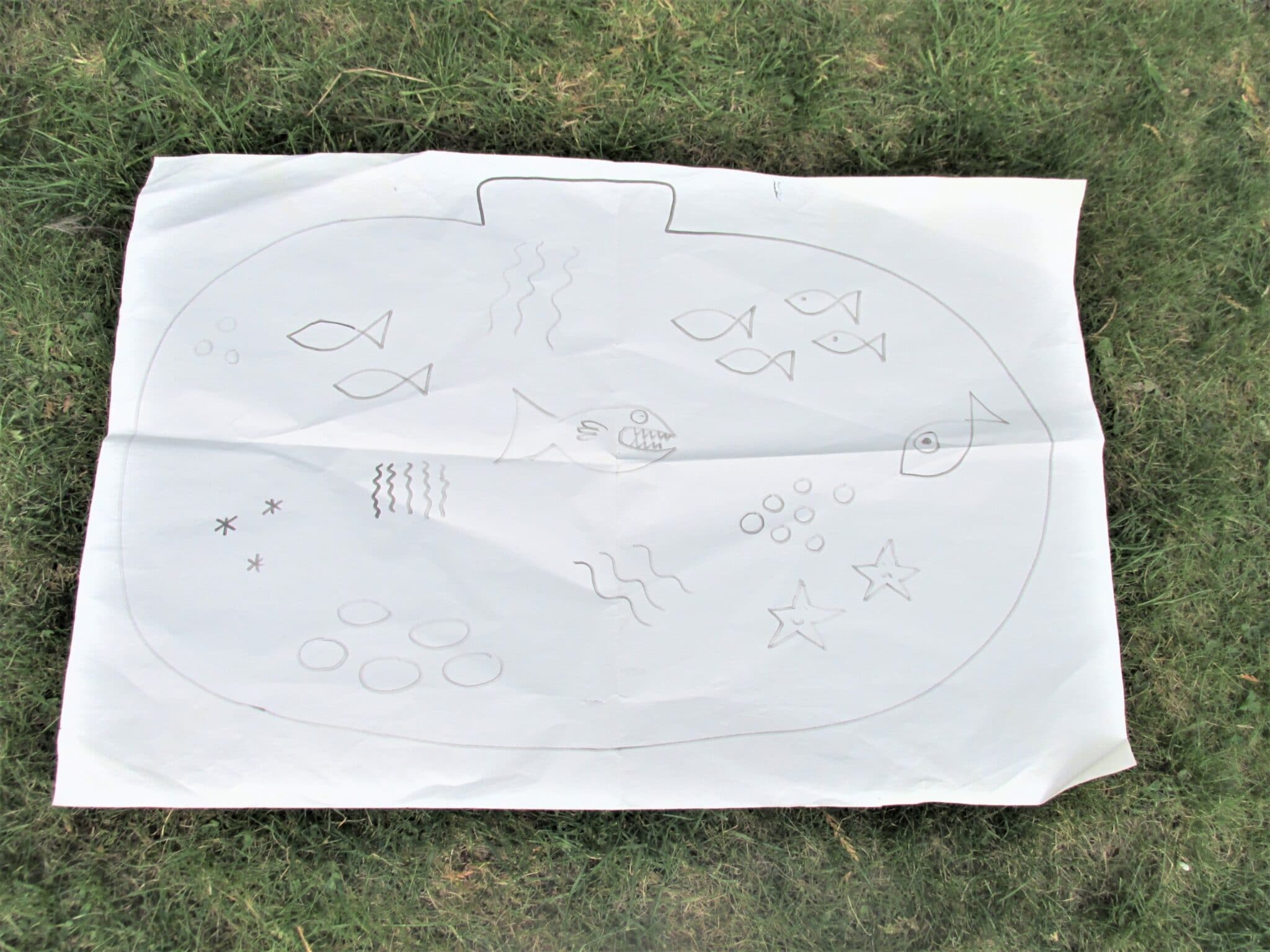 Mathematicians think in pictures. That is what my old math teacher used to tell me.

And it’s so true!

From an early age, it makes a lot of sense to combine drawing with math.

But how do you do this? I’ll tell you – by using math drawing games!

And luckily for you, I’ve got the best 14 math drawing games that I’ve ever used here for you in this post.

I have mainly been a teacher of children between the ages of three and five, but all of these games will also work for many older children.

In general, I would say these games are perfect for children between the ages of three and eight – but they could also definitely be tried by some kids that are even older. They combine counting number recognition, calculating, and all sorts of other math skills with drawing!

So, let’s get cracking:

This is one of the ultimate games to teach positional words.

There are two ways to do it.

The first way is the simple verbal way. This is good done as a group game or sit-down session for a large group.

The children set with whiteboards or with pieces of paper in front of them. The adult then describes a picture that they are going to draw. The picture will have lots of positional words as a part of it.

For example, these are words such as under, over, on top of, beside, next to, and in.

Describe a picture such as:

The kids draw these instructions and assess as they do it that they understand the language.

Here is a simple counting game. The kids sit with a whiteboard each or with paper.

Have a bucket and some objects to drop into the bucket, such as pebbles.

The idea is to drop one Pebble at a time into the bucket. The children will draw a Pebble on the board when they hear it hit the bottom of the bucket.

It is a good idea to have the bucket somewhere out of sight from the children. In this way, they cannot see the pebbles dropping but must instead hear them.

So, for example, drop 5 pebbles slowly and then see how many simple circle drawings the children have on their boards. They can count them up and write the numeral (if that is a skill they are able to achieve.)

This game could be made harder by using two objects that sound different. For example, some pebbles and some screws.

You could also do addition, for example, ‘three pebbles add two screws’. How many objects does that make altogether?

This is one of my all-time favorite mind-friendly games for teams.

before you play this game, you must prepare a large and detailed picture. This picture will have some mathematical features.

For example, take a look at this picture that I created for this game:

This is a picture of a fishbowl (if you hadn’t guessed!)

There are lots of features to count such as how many fish there are and how many pieces of weed.

Now for the game itself. Split the kids up into teams of four each.

Place the large picture in a separate space where the children cannot see it.

Each group sits with a large piece of paper and some pens. Give the children a number from one to four.

Tell the number one children to go and have a look at the picture. They look at it for about 10 seconds and then return to their group.

Continue like this with everyone having several goes to look at the picture.

the aim is to recreate the picture exactly with the same number of objects. I find that this game generates lots of talking, cooperation, and teamwork (as well as being great for math!).

Have some kind of dice for this game, as well as a board or big piece of paper for each child.

Start with drawing a large circle outline on the board or paper. This is the alien’s head.

Then roll the dice. Whatever number you get, decide what feature you are going to draw on the face, and draw that quantity.

In the end, you will have a wacky alien face, and there have been lots of counting and number recognition required to get to that point.

5. Where’s Puppet Behind The Sheet

This is another game that is fantastic for positional words.

It is best played as a group game. Each child has something to draw on.

You will need a box, a puppet, and a sheet.

The children will draw the box in the middle of their board or paper.

Have the sheet draped in such a way that the children cannot see the box. Place the puppet somewhere in proximity to the box and describe its placement.

This works especially well if you have a class puppet or some kind of toy that the kids are interested in.

If they love the Hulk, use it!

This is another great game for counting, numeral recognition, and drawing combined.

Get the children to draw a rectangle in the middle of their paper. This is the main building of the palace.

Then pick what feature they would like to draw next. They might want to draw windows, roofs, or doors.

Roll the dice and you might, as an example, get a ‘four’. The children would draw four windows on their palace.

Roll again and they might draw 6 doors, 3 roofs, 5 trees outside, 4 flowers, and so on and so on.

This next game combines storytelling and drawing.

One day three worms went wiggling down the street. They looked up into the sky and saw two birds. They kept on wiggling past 4 snowballs lying at the side of the road. Suddenly they saw a Dragon’s head with seven sharp teeth.

Make up the story slowly, and wait for the children to draw each feature.

If the children have some ideas of their own, that is great! Incorporate those into the story.

Number stones are one of my favorite math resources. Period.

they are quite simply pebbles with different quantities of things drawn onto them.

Here are my bug number stones for example:

They have different numbers of bugs on each stone.

They can be used for drawing games in a lot of different ways.

For example, children can make their own. Just supply some pebbles and some pens, and they can create different quantities of pictures.

Here’s a simple adding game that combines storytelling and drawing.

I like to jazz this up by using a puppet. The puppet tells the story and this makes it so much more exciting!

So, the puppet might say, the pirates dug in the ground and found three gold coins.

The children draw these coins on a whiteboard or piece of paper.

Then you say, the pirates found four more coins. How many coins do they have?

The kids draw the coins and count up how many they have. Try this visual addition game with a few different mini-stories.

Drawing is a really good way to explore symmetry.

One good game is a partners game. Pick a symmetrical object that you are all going to draw.

A butterfly is a very simple way of attempting this game.

On one side of the paper, one partner is going to draw half of a butterfly. They decorate the wings on this side using any patterns that they choose.

Their partner then takes over the paper and tries to exactly copy the pattern in reverse on the other side.

Both are good symmetrical objects to draw include:

11. Drawing Reflections In A Mirror

a really easy way to get started drawing symmetry is to draw reflections on safety mirrors using washable pens.

Place a large safety mirror on a table or on the floor. Have some objects for the kids to play with next to the mirror. These can be things such as building blocks or toy figures.

The children arrange the figures or blocks on the mirror and then draw around the outline of the reflections that they can see.

This activity is fantastic for generating curiosity and a sense of wonder.

12. Making Models And Drawing Them

Children love to make models and you can link these really well to drawing and to math.

Pick a theme for the model. Some good math ideas include:

Children can make models of these things using objects such as playdough and loose parts.

For example, here is a model of an alien created using playdough and loose parts.

There are several things to count on this, such as the number of heads, and the quantity of legs.

The idea now is to draw your models and label them with numbers.

Created 5 heads on your alien? Draw them and label them with the numeral 5.

Subtraction is a concept that can be taught by using stories and drawing combined.

The children set with whiteboards for this one.

Make up a little story that the children will draw. For example, Charlie had six apples.

Get the children to draw the apples on their whiteboards.

Then continue, Charlie ate four apples. The children rub off for drawn apples and work out how many are left.

A nice simple idea to finish.

Get the children to draw pictures of something you are learning about at the time. For example, you might all draw a zoo. They can draw lots of different animals and different quantities of those animals in their picture.

Then get them to count up how many they have drawn and write the numeral next to it.

For example, if they have drawn 4 flamingos they write the number 4 next to them. Simple!

Using drawing to teach math is not only fun but highly effective. In writing this post, I found some research done by Stanford University, that explores the correlation between mathematical thinking and visual thinking. (Source)

It helps children see concepts visually which is a key area of math learning. Good luck if you try out any of these math drawing games.